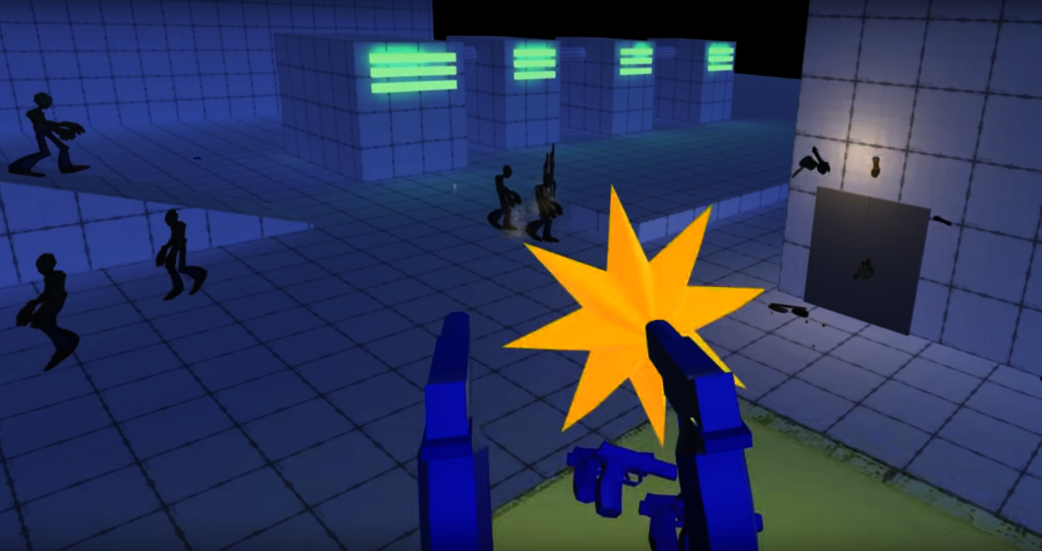 Like many of you, we are excited about the future of VR and have decided a while back to jump in all the way and one of our projects ended up being the re-imagining of our first game ZomNomNom in VR. ZomNomNom was released back in 2012 on iOS and Android and was a zombie shooter built around a mobile phone and tablet interface.

The idea for ZomNomNom was to make something that leveraged the unique capabilities of touchscreen devices. The game is driven completely by tapping and swiping with no need for d-pads or the like. Sure, we did have three on-screen buttons, but they were big and built around the idea of quickly being able to tap to switch your weapons.

So for the VR version of this game we decided to again leverage the unique capabilities of virtual reality and motion tracked controllers.

This time the zombies have come to life in the form of cardboard cutouts! You still play as Red while you try to defend your office Virocorp and prevent zombies from breaking down the office’s doors. The gameplay is something akin to Space Pirate Trainer and Arizona Sunshine. You spend the game on top of a building and pick off the zombies as they try to make it to the doors.

This is the first version of the game where the mechanics started to work together. If you look closely, you can see two sets of doors. There is a set of doors to your left and also to your right. The idea here was to keep the intensity up by not being able to see both of your defend targets in your field of view at once.

This version also featured a rough version of the blaster and machine gun weapon. The blaster is a simple handgun shooting one bullet at a time per pull of the trigger and the machine gun is a rapid fire weapon where it will continuously fire for as long as you are holding down the trigger. In this version all the weapons had unlimited ammo with no need to reload which was good enough for me since I was just evaluating if the game even was fun.

Another thing to note is the layout of the level. I used the awesome tool ProBuilder which allowed me to quickly mock up the level. As of now, each version of the game has kept this general layout of the level. Some items have been moved around, scaled and some even deleted, but generally it has stayed about the same.

Adding more to the mix

The second update in the video above improved on the game in a few ways. First, I added grenades to the mix because who doesn’t want explosions? In the vein of keeping it simple, the grenades activate upon releasing them from your hand and have a three second fuse.

Next you’ll notice a simple scoreboard floating in the sky. This one was born out of necessity. In VR I want all objects to somehow be physically justifiable. For instance, if the scoreboard had any physical mass to it, it would simply fall out of the sky and not be of much use. I may in the future change the screen to be a hologram projection in the sky, a re-purposed high school football scoreboard, or something else altogether.

Lastly I made some graphical updates. First thing you may notice is that the guns have a muzzle flash. The muzzle flash consists of a simple star-like mesh and a point light that gets shown for a single frame. Unfortunately the capture software I am using doesn’t record every frame so the muzzle flash doesn’t look as good in the video. I will revisit this some time in the future since it does look pretty bad on video.

Also, when bullets impact objects they produce particles that bounce around in the world. This gave the bullets a level of believability that wasn’t there before which makes the guns much more satisfying to shoot. Hitting the level geometry produces a spew of small white cubes, the cardboard zombies create a small dust cloud and brown cubes, and not pictured in the video, the ViroCorp sign shoots out some electrically charged particles.

And here is the third and final update for this post and really there are two main changes here. First, the guns no longer have unlimited ammo. Both guns have a set amount of ammunition for the life of the weapon. There is no reloading. When you deplete the gun, you might as well throw it away. But what do you do when your guns run out of ammo? Why you 3D print new guns of course!

Which brings me to the other change to the game. There is now a very crude 3D printer that runs on zombie guts on the rooftops with you. The main reason for introducing the printer was to add some difficulty to the game. Unlimited ammo is fun for about five minutes. After that, you want some way to show off your skills and with the printer, the only way you keep fighting is you keep killing the zombies which give you more zombie guts for you to use to print more zombie killing guns until you just can’t keep up!

The 3D printer was introduced to solve the problem of lack of difficulty in the game, but I would be lying to say it didn’t create its own set of problems. First, the printer needs to be somewhere within 180 degrees of the games forward vector since Oculus Touch only supports 180 degree play out of the box. Secondly, the printer has to be large enough to contain the weapons, but small enough for it to not get in the way. These two requirements present an issue because the printer partially blocks the rightmost door and it occludes it more the shorter you are. For instance, some of our younger playtesters had to walk up to the printer, print their guns, and walk in front of the printer to shoot the zombies behind it.

I will be revisiting the 3D printer idea in a future update and I don’t think it will be completely gone from the final game, but only time will tell.

Well, that’s it for bringing you up to speed. There are some updates to the game not mentioned here, but I will be blogging about it soon so keep an eye out. What would you like to see in the game? New guns? Environmental destruction? Something I haven’t even thought of yet? Let us know in the comments below! 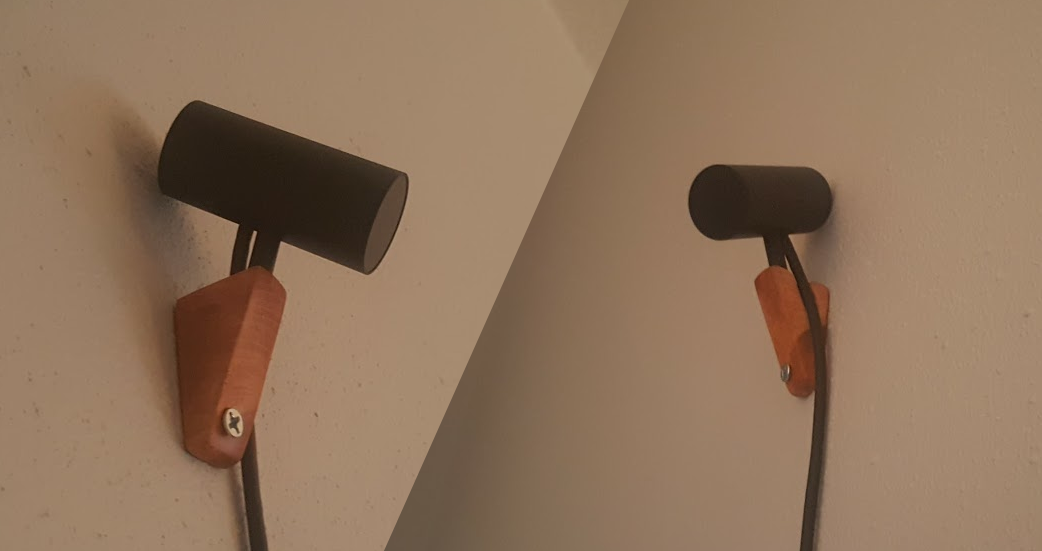